Fifteen UNESCO representatives from higher education institutions around the world gathered on March 7th, 2013 at the Empress Hotel in Victoria, British Columbia, Canada. The purpose of this meeting was to brainstorm about the structures, schedule, content (workshops and presentations), and innovative engagement strategies for the upcoming 6th International Conference for Higher Education this May, 2013 in Barcelona, Spain. The conference is facilitated by the Global University Network for Innovation (GUNI) and has a mandate of “building transformative knowledge to drive social change”.

The coin phrase of this year’s GUNI conference is “knowled-giastic”, which means to show “enthusiasm about and actively encourage the co-creation of transformative knowledge”.

Engagement plays a large role in building transformative knowledge and is identified by GUNI as a key feature contributing to the evolution of higher education. We are living in a crisis of scale, which is adversely affecting all systems; a transformation of reality and a new conscience under which our current educational institutions are essential in moving towards a more socially and financially inclusive system. During the GUNI conference, participants will have the opportunity to brainstorm various methods of integrated engagement by higher education institutions into the larger society. Through various presentations and art-based approaches, such as theatre and paint, the international academic community will collaboratively strategize on how to “build transformative knowledge to drive social change”. This conference will also explore ways in which engagement enhances research, learning, and teaching. Ultimately, the conference will attempt to analyze how community-university engagement is currently evolving, and will discuss how to add and extend beyond this by proposing new visions and ways for the future.

The March 7th symposium at the Empress focused on how the conference will be imagined and what the different contributions will be. There was a large focus on the inclusion of local indigenous knowledge concepts in each region represented at the conference.

Another topic of discussion at the symposium was student engagement in the conference. Students are invited and encouraged to share a 2-3 minute video on their interpretation of: “The World We Imagine”. “What does the world you would like to live in look like? What tools can make your imagined world work?”  Students are encouraged to share their ideal future. The videos will be presented at the conference and will be featured on the GUNI Website (www.guninetwork.org). Furthermore, a synthesis of all video contributions will be published in the upcoming report “Higher Education in the World 5”. Spread the word to help with the re-imagining of our world! 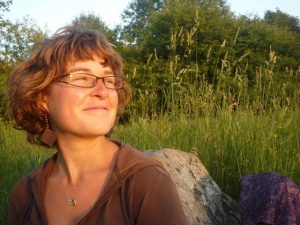 Megan is currently working towards her BA in Geography, with a concentration in Environmental Sustainability, and a diploma in Social Justice. She is interested in exploring and deconstructing the interrelations of capitalism and colonialism in constructing our current social, cultural, political, and economic systems and the forms of resistance found within these structures. She is also interested in how different mediums, such as art, theatre, and dance that can facilitate cross-cultural dialogue