“When free market competition substitutes for national vision of higher education, quality suffers a great deal…” In his inaugural keynote speech, Dr Munir Bashshur from American University in Beirut, summed up the challenges facing rapid growth of higher education in the Arab region. He was speaking at the conference on “Quality in 21st century: Achieving Effectiveness and Adding Value” held over two days in Kuwait city on March 28-29, 2018.  Jointly organised by Arab Network for Quality in Higher Education (ANQAHE) and National Bureau for Academic Accreditation & Quality Assurance (NBQA) of Kuwait, it attracted nearly 150 participants. Dr Rajesh Tandon, Co-Chair UNESCO Chair in Community Based Research and Social Responsibility in Higher Education attended as a keynote speaker. 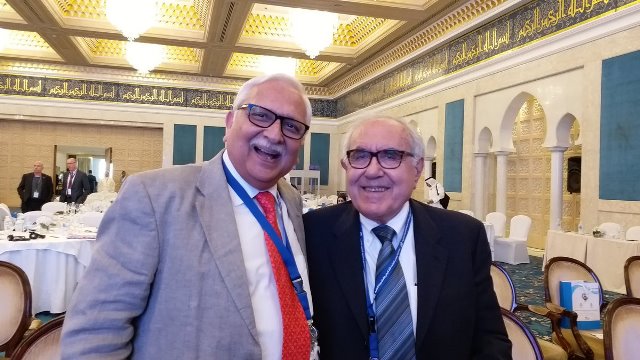 Only 14 universities existed in the Arab region in 1950s. Today, they number nearly 1,000. This rapid expansion, mostly in the past twenty years, has significantly increased number of private institutions as well. Dr Nouria Al Awadi, first Director General of NBQA, emphasised the significance of promoting a culture of quality in the region, so that procedures and protocols can be effective in this era of rapid growth. 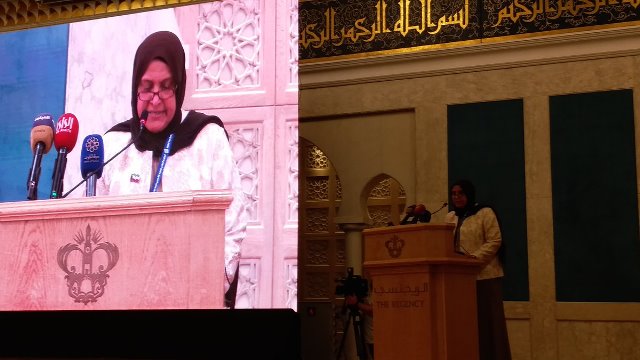 Despite considerable unity of culture and language, status of higher education policy, practice and institutions vary greatly across different countries of the Arab region. Therefore, adopting international systems and frameworks for quality assurance without reference to the local context may not add value, argued Prof Badr Aboul-Ela, President of ANQAHE. A vast majority of higher education institutions (HEIs) in the Arab region today are ‘modelled’ after European and American systems and institutions. Additionally, nearly 200 institutions in the region are branch campuses of European/American/Canadian/Australian HEIs.

It appears that fraudulent and fake practices, degrees and institutions seem to be afflicting the Arab region far more than others. Concerns about quality at the conference, therefore, focused a great deal on how to regulate and prevent private institutions so that students do not suffer. Much discussion was focused on creating robust systems for ensuring quality and compliance with National Frameworks. In this context, lessons from Europe and Asia were also shared. 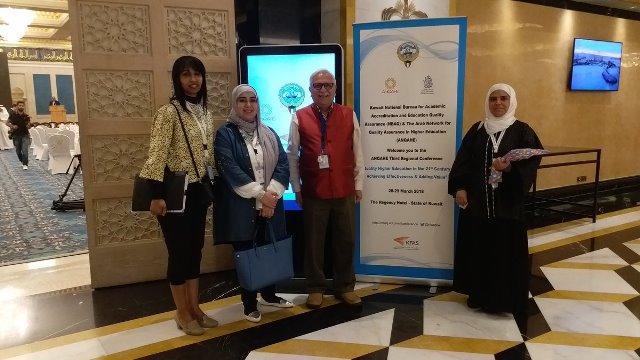 Delegates at the conference

When one speaker reminded us that the oldest university of the region—Istanbul University—has been running since 1453, I began to get a sense of a long history of learning, knowledge and institutions in the Islamic world. Commitment to learning, and institutions that supported universal learning in the Islamic world, go back to the period since Prophet Muhammad (PBUH). Hundreds of public and private libraries, with tens of thousands of books and manuscripts, were being maintained in many countries since 7th century. Egypt, Iraq, Morocco, Tripoli and southern Spain were important sites of such libraries and learning centres. European knowledge institutions—libraries and colleges attached to monasteries—appeared five or six centuries later, and that too in small measure.

With such a rich history of indigenous knowledge and teaching traditions, it is somewhat intriguing that contemporary HEIs in Arab countries are ‘modelled’ after the European/American forms. The curriculum and pedagogy of teaching in these HEIs is no different from those in Europe and North America. The disciplinary silos, programme designs and even language of learning are quintessentially European. Add to this the recent pressure of global rankings. Certain ‘elite’ universities are being pushed to become ‘research-intensive’ universities, competing in the global ‘marketplace’.

Therefore, concerns about quality in higher education are not merely about preparing youth for global labour markets. With more than half the population of 365 million in Arab countries being youth under 20, challenges of preparing next generation of ethical citizens are equally pressing. HEIs can add value through quality in higher education by situating themselves in the local contexts of each society. Its three functions—teaching, research and service—can be more appropriately shaped in a societally engaged manner, responding to the aspirations of the people in these societies. This may call for systematic restructuring of the higher education system, which draws inspiration from the glorious history of knowledge and learning of the Arab region.

Of the four public HEIs in Kuwait, only one is a multi-faculty university. One is focused on building professional competencies in shorter college programmes. The other two are teaching theatre and musical arts. Kuwait’s Institute of Musical Arts is promoting learning of Arabic musical traditions.

I wonder how both Kuwait University and Institute of Musical Arts could work together to integrate best learning practices available in those two institutions. After all, colleges of divinity and theology remain integrated with computer science and business economics in the Harvards and Oxfords of the Euro-American genre. Can Arab HEIs throw up new global ‘best practices’ in quality of higher education that is anchored in societal progress and peace for its people?