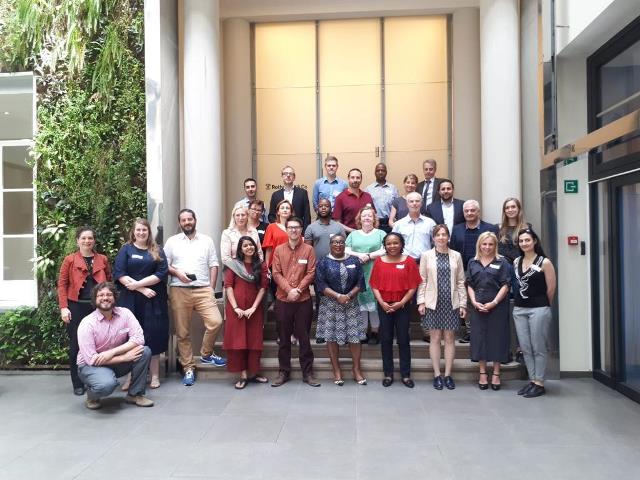 The main objective of this important conference was to conclude the operations of the NUCLEUS and the RRI Practice Projects and to deliberate and communicate the learnings of these two unique projects with a wide variety of stakeholders. The overarching idea of the conference and these RRI principles were in fact, to discuss the social responsibilities of Higher Education Institutions and other stakeholders. In addition to specific sessions on the outputs of both the above mentioned projects, there were also sessions talking about institutional changes in research organizations across the world. Apart from the European Union countries, this session included participation from other countries like India, Serbia, USA, South Africa, Brazil, and United Kingdom. A resonating resemblance in all other context hinted that while RRI could be an unheard lexicon in their respective countries; many of the features of RRI like ethics, gender equality, public participation, science communication, anticipation, research governance etc. find a place in their country specific research framework.  There were multiple discussions on the struggles and challenges of a framework like RRI and why despite of so many years of efforts; it hasn’t been able to find a mass resonance in higher academic institutes, especially the sciences. There were multiple thought provoking deliberations and unanswered questions which re-asserted the importance of a framework like RRI and suggested more focussed efforts globally to strengthen it. At the end of the second day of the conference, the projects presented a Joint Declaration/call/petition to make RRI a substantial and living element of Horizon Europe and urged higher education institutions, civil society organizations, industries and other relevant stakeholders to vouch for it. The declaration is available here: https://pathways2019.eu/declaration/

PRIA being a subcontractor of the RRING Project is implementing RRI based project in India and trying to understand how Responsible Research and Innovation, practiced and perceived in the Indian context.  A disconnect was felt between what was being discussed at the conference and what is actually being practiced in a number of Southern countries. Having taken personal interviews as a part of the RRING Project, it was further affirmed that RRI as a concept has very different interpretations, principles and practices in country like India. While we do have our own ways to advocate for social responsibilities of higher education and sciences, our vocabularies are slightly different from RRI. There also appears a great need to strengthen more powerful South-North partnerships for such initiatives so that it increases the opportunities for cross-learning, collaborations and mutual growth.